She has taken many different forms. 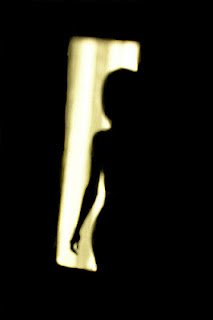 She's been my ex-boyfriend's current girlfriend and my current boyfriend's ex-girlfriend. She's been the woman who got the job I was passed over for, the girl who beat me out for every lead in every school play and the favorite student of my favorite college professor.

Most of the time, I am able to think about her rationally. There is room enough in the world for both of us, I tell myself, taking a calming breath. Her existence has no effect on my worth.

But sometimes, I don't listen.

In my vivid, unkind imagination, she is beautiful and special and smart in all the ways I think I am not. Her shoes are so impossibly big, with arches so high and heels so tall that I can never hope to fill them, let alone walk around in them like they're my own. I have nothing on her. I'm not jealous so much as threatened.

Of course, these feelings aren't actually about her, whoever she is. How could they be? That would require me to know her. No, she is merely a projection of everything I wish I was, and the inverse of every failing I believe myself to have.

And obsessing about her is a whole lot easier than admitting, perhaps out loud, to someone who matters, "I'm afraid I am not enough."

But it's amazing how much power gets taken away from her (or, at least, the fantasy of her) when that fear gets articulated. Honesty is like a pin, the balloon gets popped, and then she's just air.