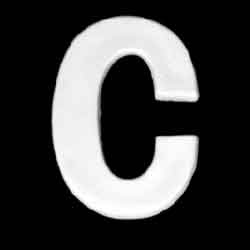 Last week I was called a cunt. In a Facebook message. By a total stranger.
The message was largely nonsensical, and I suspect the sender was probably on some sort of intoxicant when he wrote it, but regardless, it bothered me for days. Despite my better judgment, I reread it several times, attempting to understand what would inspire someone I don't know to call me such a thing. Nobody I know personally has ever called me anything remotely like that--why would someone I've never met bother to sit down and send a multi-paragraph email, erratically detailing my cuntiness?
And what is it about that word? Why does it make me so nauseous? I'm a writer--a worshiper of words. Isn't it antithetical to my identity as such that I hate a single word so much?
Or perhaps, my aversion is simply a testament to the power of words. "Cunt" has rough edges. You spit it out, as though clearing your throat. The hard "T" at its end leaves your nose scrunched and your upper lip snarled, as though you just smelled something rotten. It's a harsh, sharp word, referring to the most sensitive part of my body. And it gets thoughtlessly hurled around as an insult.
The feminist part of me thinks maybe I should try to reclaim it. I should own it, using it myself, making anyone's negative use of it obsolete. But in truth, I don't want it. I don't ever want to hear it again, from a stranger or from someone I know.
Words hold weight--it's one of the most incredible things about them. And, as awful as it was to be on the receiving end of such a harsh epithet, it left me in great awe of the sheer force of strength behind a single word. A strength that goes beyond a combination of consonants and vowels--and beyond their understood definition. Words are more than the sum of their parts.
All the more reason to use them very carefully.
Posted by GLM at 10:09 AM

I've had this conversation with my husband several times- he always has to play devil's advocate. Personally, it's the connotation behind the word. No one says it to be playful, nice or jokingly- it's meant to be offensive. Fifty years ago they were probably having this discussion about the word "bitch," and while it can still be taken as rude today, the lines of offensiveness have blurred. We'll see.

I've had to endure loud-mouth-people's opinions all my life.


Now that I'm older, and have a group of great friends [who are more than hang-out-buddies] that encourage me to realize my value...

I realize my value far out-weighs anyone's opinions of me.


Then I start to think: What would possibly lead someone to call another woman a cunt? If they have that much energy built up to follow through with that response... what are they missing addressing in their own life to bring them to this place?

Usually people who are the most "f--ked-up" are the ones that f--k with others!

Also, sometimes - when I label people into categories according to their actions... I get feeling better for a moment. It's petty, I know. But it can make me laugh. For example: "Miserable Bastard #2 wrote on my blog again this week..." Seriously, sometimes petty helps. ;)