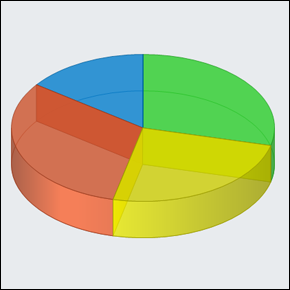 This morning, on my walk to the cafe where I have been spending the past few weeks finishing the manuscript for my second cookbook, I suddenly became aware of a trail of graphs, charts and stock photos papering the sidewalk along 18th Street. Upon further inspection, it became obvious to me that this was someone's presentation. For school or work, I don't know, but the subject appeared to be the fluctuation of foreign oil prices.

It was beautifully designed. The colors sharp and bright, the lines clean and easy to read. Someone spent a lot of time on this.

So why was it all over the street? I imagined a furious businesswoman storming out of her office, upon quitting her job (or maybe even getting fired). I saw her screaming obscenities about the inequality of today's corporate world while tearing the pages of her misunderstood masterpiece from its binder and throwing them into the air, cursing her misogynistic asshole of a boss.

Or maybe it belonged to a student from the high school in my neighborhood. Maybe he worked tirelessly on this project. Maybe this was something that counted for 50% of his final grade. Maybe his presentation to the class was received phenomenally. Maybe his teacher gave him an A+, and, as he ran (literally) home to share the news with his parents, he threw the stack of papers into the air with glee, retaining only the page with the grade and his teacher's comments.

Whatever the origin of this beautiful pile of papers, it was a good object lesson about the fragile nature of planning. We can research, organize and curate, but there is always the possibility that our careful work will end up strewn along the the sidewalk, covered in footprints.

Alternately, it was an object lesson on the importance of remembering to back up your hard drive.
Posted by GLM at 11:03 AM

Hello. Yes, sorry for the efforts of the child. Probably not for one day, and he lost his job. Perhaps, in this situation, he would have more than a flash drive. True, it is small and it is also easy to leave it somewhere.
In such cases, when it is necessary to quickly and qualitatively do the task assigned by the teacher, homework help websites often help.